The client is a US based gaming company that provides an array of multiplayer third person shooter games on the app stores. Each game has a unique gameplay blended with an engaging concept and graphics. 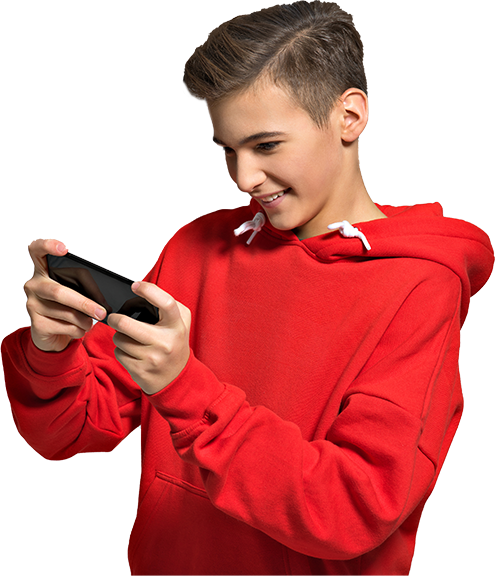 The client already had a gaming application called Valor. There were three major challenges with the pertaining application. First, it was built using Cocos-2D technology, which only permits the development of applications for the iOS platform and is not meant for cross-platform development. This was posing as a challenge for the client and there existed a need to scale up the user base by making the game available to users across multiple platforms.

Secondly, the iOS application needed to be re-built using a different technology stack as the existing platform consisted of major code issues. The application was laggy and had speed issues which were a major drawback considering it was a battle-centric third-person shooter application that required swift functionalities.

Third, there was the lack of documentation for its existing application. This meant that replicating the existing features and UI was even tougher for the development team in the process of rebuilding the application.

The client knew they required a technology partner with an expert development acumen as the challenges in re-developing the applications were not easy to solve. After thoroughly analyzing the portfolios of numerous technology companies and scrutinizing their development methodologies, the client zeroed-in on Daffodil Software due to our technology prowess, and use of performance-centric software development methodologies. The key challenges that were presented to Daffodil were:

Team Daffodil started by auditing the code-base of their existing solution to understand the part of code that can be used in the new application. As the client did not possess the documentation of the codebase, the developers had to thoroughly go through the code to understand the kind of features and functionalities of the application.Since the former application was built on an outdated technology, it was necessary to refine the usable part of the code before integrating it with the newer one. As much as 25% of the code was reused in developing the new application, which resulted in significant savings in time, cost and development efforts.

Ruby on Rails (RoR) was used as the core backend technology to build the application as it contains many ready to use plugins and modules, which allowed the developers not to waste time writing boilerplate code. This was specifically used to compensate for the time invested in studying the application code. The consistent nature of RoR that allows developers to follow standardized file storage and programming conventions to keep the project structured and readable also resulted in saving a substantial amount of development time.

The gaming engine was developed using Unity 2D. The graphics of the gaming application were also extensively improved by using Unity 2D, as high-quality audio and visual effects are supported by the engine that eases the game development. The visuals were adaptable on every screen and device without any distortion or compromise with the image quality.

It also helped resolve various production issues that the existing application was facing. Debugging and tweaking became easier because all the game variables were displayed during gameplay, which in turn allowed the developers to debug the process at runtime.The use of agile methodology enabled speedy prototyping and constant releases, which in turn sped-up the game development process.

To solve the challenge of load balancing, our developers optimized the RoR code in order to get more out of existing server resources. Another way used to solve the issue was to re-writing computationally intensive tasks in a low-level language, such as C++. Due to low concurrency support because of the Matz Ruby Interpreter (MRI), low-level programming languages prove to be better for computation compared to Ruby on Rails.  Few game features that were incorporated in the application were:

Tournament of Champions: Users can become a part of real-time gaming tournaments on the application. The tournaments offer seamless user experience with amazing graphic quality.

Titles: Players can win titles and premium items through superior play. This feature helps in user retention as players tend to fight for adding more titles to their profile.

With Daffodil as their technology partner, the client was able to re-engineer the application with a substantial saving of >15 man-months of efforts, that resulted from code reusability. After the game application was deployed, the client experienced a whopping 46% increase in user sessions in a day. The visuals were adaptable on every screen and device without any distortion or compromise with the image quality.